Late in November the mother of the household gathered greens for the Advent Wreath. She placed four tall candles on a red and white tablecloth and greens around the window frames that gave a fragrance of pine throughout the house. The advent wreath was hung from the ceiling or placed on the table. One candle was lit on the first Sunday of December and one every Sunday until all were ready to glow together on Christmas Eve.

Der Weihnachtsmann, the "Christmas Man" would come knocking on the doors the first Sunday of Advent. He was usually a tall thin man with brown hair and a short beard, wearing a long tan coat with big bulging pockets. One of the pockets was filled with sweets, the other with note pads and pencils for the children to write on. He also wore a huntsman's hat with a sprig of green around the crown. He asked if the children wanted anything special for Christmas. They would hand him little notes with their requests. In some of the households the children would invite the Christmas man in and sing their wishes to him. They believed that he would deliver the gifts himself, to save the Christ Child work and they included all of the family in the last verse.

The families sang Christmas songs such as "Away in the Manger " or "Joy to the World" every evening. At dusk on Christmas Eve the family would sit down for a candlelight meal. They would have hot spiced cider, appetizers such as Kock Käse mit Schwartzbrot (cooked cheese spread with dark bread), Heringe Nach Hausfrauenart (pickled creamed herring) and Rugenwald tea sausage. After they ate the mother of the family would herd all the children into one area of the house and told them to close their eyes. The parents would sing "O Come Little Children." When the children turned around they were told to open their eyes to see the firtree on the table with candles glowing on it. The tips of each branch had a small cross ornament, gilded nuts and colored glass ornaments. Everyone sang "O Tannenbaum" and the father would sing "From Heaven High" (Martin Luther's Children's Hymn).  The mother many times would play the harpsichord.

On Christmas morning there were crocheted and knitted gifts under the tree. They consisted of mittens or socks and fruit. Choirboys from the church were caroling in the streets. Bells rang from the church. The family then attended church services and after arriving home ate a Christmas dinner. The meal consisted of Kirschsuppe (warm cherry soup with dumplings), Pommerscher Gansebraten with stuffing (roast goose), Rotkohl mit Apfeln (red cabbage with apples) and Sulz were Christmas Specialties. Sulz was made from diced veal, carrots, celery, root and onion seasoned to taste and molded in its own liquid, sometimes thick enough to slice and always-served cold. There was dark rye bread filled with caraway seed, an assortment of smoked fish and meat sliced thin and various kinds of sausages. Dinner ended with sweets such as Kuchen, Schokolade pudding (steamed chocolate pudding with hard sauce), Klötternüsse cookies and candy.

Hank Jones will be Guest Speaker at July 14, 2013 Meeting

The Pommern Special Interest Group is pleased to announce that Hank Jones will be the guest speaker for the July 14, 2013 meeting at 2 p.m. at the Immigrant Genealogy Library located at 1310 Magnolia Avenue, Burbank, CA.  The topic is How 'Psychic Roots' Became An 'Unsolved Mystery.  All are welcome. 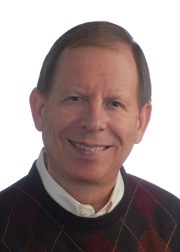 Hank Jones Biography:
Henry Z ("Hank") Jones, Jr. has been actively climbing family trees since the age of eig...ht, and, since his graduation from Stanford, has specialized in tracing 18th century German emigrants. His books on the subject include The Palatine Families of Ireland, the two-volume The Palatine Families of New York - 1710 (winner of the Donald Lines Jacobus Award as "Best Genealogical Work of the Year"), More Palatine Families, Westerwald To America, and his brand new three volume set Even More Palatine Families. Hank has written many articles over the years that have appeared in The American Genealogist, The National Genealogical Society Quarterly, The New England Historical & Genealogical Register, The New York Genealogical & Biographical Record and other major publications. He recently received the NGS Award of Merit for "Distinguished Work in Genealogy" and has been elected a Fellow of the American Society of Genealogists, of whom there are only fifty in the world. Hank has served on the national board of the Genealogical Speaker's Guild, as a Trustee of the Association of Professional Genealogists, and as a consultant on the popular NBC-TV program Who Do You Think You Are?

As to his "other life" apart from genealogical research (and being a 3-day JEOPARDY! champion), Hank Jones was a film actor for twenty-five years. He appeared in many movies, among them eight films for Walt Disney studios (such as "Blackbeard's Ghost," costarring with Peter Ustinov, Dean Jones, & Suzanne Pleshette) and the Academy Award winning “Tora-Tora-Tora.” He was a familiar face on nearly 500 national tv commercials and has been featured on over 300 network tv shows such as "My Three Sons," "Family Affair," "Petticoat Junction, " "Mod Squad," "The Patty Duke Show," "Mork & Mindy," "The Jeffersons," and "Love Boat" which still come back to haunt him on cable tv today. His new book Memories – The Show-Biz Part Of My Life tells of some of his off-the-wall experiences working with major stars such as Henry Fonda, Fred MacMurray, Ron Howard, Robin Williams, Patsy Cline, Bob Hope, Minnie Pearl, Ringo Starr, and Elvis Presley. Hank also was active as a singer and songwriter, co-starring on ABC-TV's Tennessee Ernie Ford Show, writing Mel Tormé’s hit song “Midnight Swinger,” and recording albums and singles on RCA and Capitol Records. In Fred Astaire’s biography Puttin’ On The Ritz, Hank was named as one of Mr. Astaire’s very favorite recording artists. Hank’s newest CDs are currently released on Epitomé Records.

Hank's bestseller, Psychic Roots: Serendipity & Intuition in Genealogy and its sequel More Psychic Roots, studies of how intuitive nudges and serendipitous events sometimes influence our genealogical searches, are now in their 9th printings. They were dramatized on NBC's "Unsolved Mysteries" program to good response from inside and outside the genealogical community.

TIME Magazine recently had a cover story devoted to genealogy and chose to close the article and tie things together with a quote from - Hank Jones.
Posted by Elyse at 9:43 PM No comments:

Easter celebrations were started with "Gruendonnerstag" on Holy Thursday when the people would eat something green. The old farmers put fresh eggs in the attic for good luck and good health for all those that lived in the house. Good Friday was called "Stillfreitag" when everything was to be quiet and calm, even in church, the organ was not played.

On Palm Sunday the families would gather willow branches and put them in a warm place in the house to make them green calling them "Osterstiepen." The church bells would ring and after that the young boys would collect wood for the "Osterfeuer" - Easter fire. The wood was placed on a hill and set ablaze. Everyone wanted the biggest "Osterfeuer." The charcoal was taken home where many believed it had some salutary force.

On Easter Sunday, the farmhand did not work. The estate owners did not want conflict with the church. On Easter morning the children would wake their parents with a light stroke they called "Stueben." They said a rhyme asking that their parents would give them "Eier Kuchen, or Groschen" (eggs, cake, or a dime). The children would then proceed to visit godparents and other family members with the same procedure.
Posted by Elyse at 8:00 AM No comments: